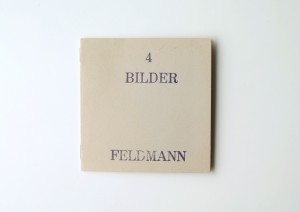 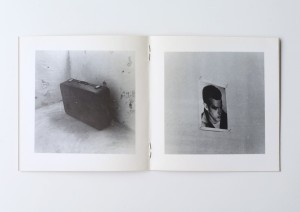 Dora García’s work is strongly characterized by the involvement of its viewers, who are urged to take a stand on ethically contentious questions, to commit themselves to a closer examination of these matters and to reflect on the institutional nature of the setting in which their encounter with works of art takes place.

Hers is a practice based on research, and one that focuses on subjects which recur and are woven into the whole fabric of her production, such as the interest in the history of anti-institutional movements (with particular attention to anti-psychiatry), the figure of the artist as outsider and mechanisms of communication, whether linguistic or not. These subjects are not explained to the viewer, but laid out with an attitude that verges on a challenge: documents, ambiguous reenactments in performances, lectures and talks, videos and books are presented in the exhibition space as archives, sophisticated sets of references, reworkings. Viewers have to choose their own key of interpretation, decide what attitude to take, the degree of interaction they wish to have with the work. Or remain impervious to the provocation of an enigmatic theme, ambiguously presented in such a way as to make people think. As a complement to this total openness of interpretation, García prepares a series of instruments, often in the form of websites, to share her sources with viewers, to inform them about her projects and keep them up to date on their development and to get to know their opinions and reactions through blogs and social networks.

Joan Brossa (Barcelona, 1919-1998) is one of the most important twentieth-century writers in the Catalan language. A poet, playwright and visual artist with a long creative career, he was always linked to an avant-garde conception of culture. A founder of the Dau al Set group (1948), he understood the poetic as something that was not confined to the verbal but included the whole range of artistic expression: visual and object poetry; what he called ‘poetry in action’ when referring to the more or less non-literary performing arts (magic, circus, cabaret); cinema, and so on. His literary works have been translated into a dozen languages. Of particular note in his career as a visual artist was his presence at Art 20 in Basel (1989) and in the official pavilions at the São Paulo Biennial (1994) and the Venice Biennale (1997), in addition to numerous solo and group exhibitions. Firmly committed to Catalonia and to democracy, institutional recognition came to Brossa late: in 1987 he was awarded the Ciutat de Barcelona prize; in 1988, the UNESCO Picasso Medal; in 1992, the Government of Catalonia’s Premi Nacional d’Arts Plàstiques, and, among others, the Gold Medal for Fine Arts of the Spanish Ministry of Culture in 1996. In 1999 the Universitat Autònoma de Barcelona bestowed a posthumous honorary doctorate on him.

When Ignasi Aballí began his career in the late eighties, it was linked to the practice of painting. He soon took up the conceptual currents to question elements of painting itself such as representation, the support or the pictorial material in works in which the artist disappears: leaving pots of paint to dry or pictures in which the image is the result of the traces of the sun on the canvas. As a response to the crisis of representation in art or the impossibility of representing anything (common to writers with the same concerns such as Perec or Enrique Vila-Matas) he began series such as Mistakes, in which he blots out the surface of the picture with Tipp-Ex, or others done mechanically using newspaper clippings on the basis of the information they contain. In the exhibition Desapariciones (Disappearances) at the Centro de Arte Reina Sofía in 2002 he introduced elements from the cinema with which he would embark on a broader reflection on the image in contemporary society. A twofold concern, with the image and the status of painting, shaped the itinerary of his exhibition at MACBA in 2005, which travelled to the Museo Serralves in Oporto and the Ikon Gallery in Birmingham. His work will be included in the official selection at the 2007 Venice Biennale.

Hans-Peter Feldmann (Dusseldorf, 1941) started his work as an artist at the end of the 1960s. Since then his work has been characterised by his interest in some of the less attractive aspects of daily life; a critical awareness before the structures that produce aesthetic experiences, and with an irony that lightens the message without hiding the moral questions involved.

What most interests him is the forms of art we create in our daily lives, especially the uses and meanings we attribute to photographs.

His work, full of humour, questions the symbolic space which opens up between what things really are and what they mean for us. They show the dreams and desires that we project onto the images and objects, filling them with meaning. Indignation is also shown in the narratives constructed with images from day-to-day life and with the objects which have not been refined by class or money.

Interested in the collective, in the ephemeral and in what has no value, his work is always presented unsigned and in unlimited edition. This is his way of positioning himself before a system of artistic production and consumption, and the notions of value, permanence and authorship associated with the artistic object. In essence, Feldman believes that the function of art is none other than to help us deal with life.

In an interview for Sites magazine (New York) in 1982, Ronald Christ commenced by asking Antoni Muntadas if he should call him Antonio or Antoni. ‘Well, Antonio is Spanish but Antoni is Catalan,’ the artist replied, going on to admit that he had resorted to using ‘just Muntadas as a practical solution.’

Christ then sketched a relation between the Antonio/Antoni duality and the similarly dualistic utterances with which the artist was entitling many of his projects at the time, such as Emissió/Recepció(1975), Personal/Public (1979-1981), Watching the Press/Reading Television (1981) and even an early version of Media Sites/Media Monuments, on which Muntadas was then working and which was the reason for this get-together with the art and literature theorist Christ. ‘So,’ Christ asked him, ‘the dialectic in your titles is a resonance of you background?’

Muntadas replied in the affirmative – ‘yes, this division is a little schizophrenic,’ – and, on the subject of the Catalan/Spanish duality, added: ‘But, you know, in the language of my native city there is another peculiarity. In Catalan you can make a distinction between mitjà, which means “tool”, and medi, which means “context”, whereas medium or media refer to both.’ This duly prompted Muntadas to formulate a maxim about his work that can be deduced from that differential feature: ‘I work with the mitjà on the medi.’

The comment was equally enlightening for Christ, who attributed to the artist an expanded conception of the notion of mitjà/tool, as distinct from the reductionist approach that had come to hold sway in most of North America as a result of Clement Greenberg’s formalism and Marshall McLuhan’s technological determinism. In contrast, Muntadas’s perspective appeared to be a particularly genuine way of understanding the medi and the mitjà as distinct yet related entities, as entities in tension: since the mid 1970s, Muntadas has been focusing on how social mediaare naturalized as a result of the action of the tools. Hence, too, the artist’s coining in 1976 of the concept of media landscape, which has served him through the years as a way to refer to the object of analysis of his work.