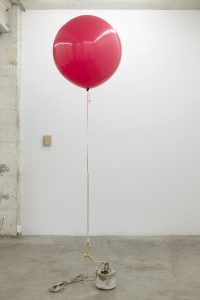 In the imaginaries and ceremonials of the artist Antoni Miralda, small-scale domestic tasks and large constructions in the public space are creative processes of the same intensity. In much the same way, his physical displacements make him a nomad, while his alchemy of colours and flavours bestows on him a shamanic identity rooted in place – places; a hard-to-classify artist, an anomaly that gives him the highest privilege when it comes to eroticizing delicacies and delighting in gastronomic encounters.

He was born in Terrassa (Barcelona), a place of ​​textile factories and densely woven social fabrics. He travelled and settled as a young man in the Paris and New York of the Seventies, where he energized the processes of his highly individual aesthetic warp and weft and his relational scenarios. He has always guided his works and collaborations like an anthropologist, a way of working far removed from solipsism. For Miralda, art is a stove on which you can cook and a table to be shared. The furniture of this unusual artist’s studio is rich in Pop reminiscences and magical chiaroscuros: cannibalism, aphrodisiac delicacies, organic fruits, martial miniatures, colourful advertising icons, cookery books, pagan weddings, videos, grandmother’s recipes and virtual museums.

His productions, unclassifiable and as such indispensable, have been shown and taken place in leading museums in cities and international events around the world. A wealth of publications disseminate the works and analyze his creative spirit. Together with Montse Guillén, he runs the FoodCulturaMuseum life project, a museum at the mercy of the elements, without time or coordinates. A project for eternity.

In 2018 Antoni Miralda was awarded the prestigious Velázquez Prize for his incomparable way of working the concept of ritual and party in a playful and participatory manner, with an emphasis on the political and critical nature of his works. In other words: the artist knows that bread is more important than money, and friendship more than success. 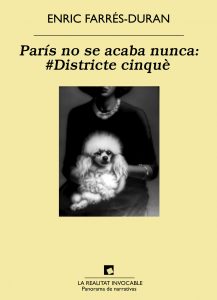 Just as the writer Enrique Vila-Matas does not so much write as rewrite, so Enric Farrés Duran combines and shuffles technical and conceptual strategies, while playing with all the cultural baggage he has at his disposal. Farrés Duran has taken a book by Vila-Matas, Never Any End to Paris, and carried out what is literally a formal cloning as the point of departure for a serial project that invites us to join him on an autobiographical journey in which, as in Vila-Matas, the true and the false, the plausible and the improbable are continually conflated.

Thus, Never Any End to Paris # Poblenou traces a route on the strength of a coincidence of initials and location, linking Can Felipa, a public art facility focused on up-and-coming artists, and a Museum of Contemporary Painting belonging to a private foundation. The intervention by Enric Farrés Duran commingled elements of the two institutions in such a way that paintings from the private museum were exhibited in an emergent art context, while works by some very young artists were infiltrated among more traditional pieces.

Never Any End to Paris # El Prat, carried out jointly with Roger Amat-Comellas, proceeded to trace a hilarious sequence of connections between localdesignation-protected agricultural products such as the renowned El Prat artichoke or the blue-legged Buff Catalana chicken and certain oversized monuments to these products found in the United States (Roger Amat-Comellas’s personal circumstances led him to take up residence in the USA), all set to the uninhibited musical backing of the 80s Oi! classic ‘Vacaciones en El Prat’ by Decibelios. The literal itinerary took the form of a group coach trip, which the artist entitledJourney to the Origin.

Never Any End to Paris # Districte Cinquè, the third instalment of the serial project, was produced in the context of the collective exhibition Invocable Realityat MACBA. In the artist’s wanderings through the Fifth District of Barcelona (in which there is no shortage of confusions with another fifth, the Vearrondissement in Paris, also a ​​university district) he engaged in an investigation whose results he then embodied in an installation of inputs and found items in the form of objects, books and sundry other elements. The installation is presented as a small stage for a performance for which we the spectators have arrived too soon; a stage on which we find a set of shelves with various elements, together with a chair, a large pot plant and a poster. We neither know nor can discover what role these things will play in the enacting of the performance we feel must be due to begin at any moment. The secret was disclosed on June 26, 2014, when, with the title Looking for Enemies, Enric Farrés Duran led a small group of people on a guided tour of the Fifth District to places of particular importance in his own biography: the Faculty of Philosophy, the Massana art school and the studio of the designer Peret, among others. There he engaged with former fellow students and co-workers and gave them the opportunity to discuss and refute his ideas from a philosophical point of view or as a kind of ‘settling of old scores’ that, in the last analysis, evidenced the intelligence of his positioning as an artist and his capacity to shake up, shuffle and manage referents, situations and formats. 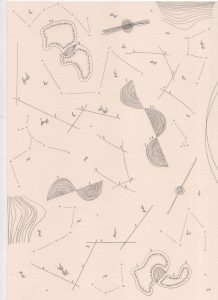 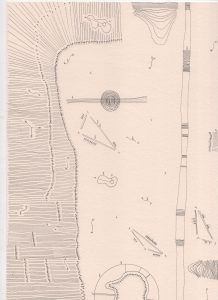 Numerical algorithms for improving the measurement of 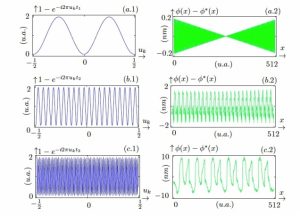 
With a degree in mathematics and a PhD in physical sciences, scientific thought constitutes a vital experience that articulates his artistic practice. Infinitesimal changes, an obsession with measuring and an acceptance of the impossibility of exactitude in the measurement are the axes that articulate his artistic and scientific investigations.

In order to complete his doctoral thesis, entitled ‘Development of Numerical Algorithms for the Calculation of the Topography of the Mirrors for a Synchrotron’ (2014), Vidal installed himself in a hut he built himself outside the Hangar centre for visual arts production, where he was on an artist’s residence. It is no accident that the resulting publication of the thesis won a Miquel Casablancas prize that same year. A year later, in the context of the collective exhibition Hablo sabiendo que no se trata de eso [I Speak Knowing That It Isn’t about That], curated by Juan Canela at CaixaForum, Pep Vidal established himself inside Joseph Beuys’s installation Pain Space to revise the thesis and add notes of a more personal nature.

The infinitesimal changes which are constantly taking place and have a virtually infinite chaotic chain have been the driving force of many of Vidal’s art projects, as in the case of { } (La Capella, 2013), in which the desire to create a space in which nothing happens led him to construct, with the help of the ALBA synchrotron, a small empty space which he then covered with different materials to insulate it against changes in temperature, electromagnetic fields, fire, cosmic dust and so on, duly obtaining a cube with sides of 83 cm and a weight of around 850 kilograms.